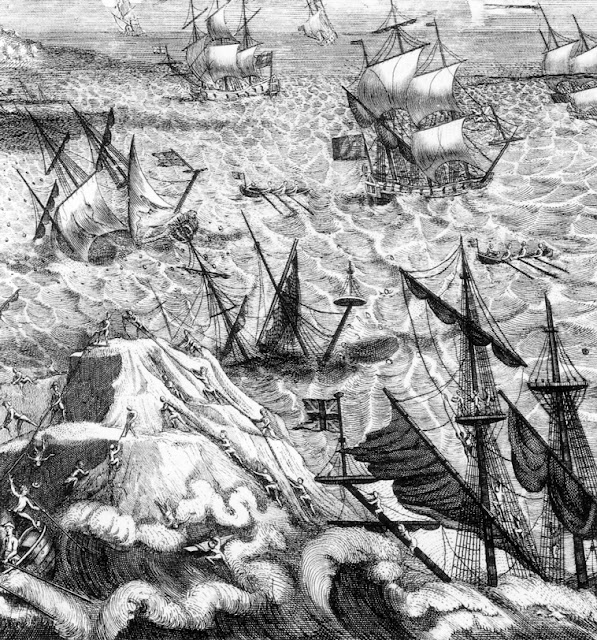 "The Storm (1704) is a pioneering work of journalism and science reporting by British author Daniel Defoe. It has been called the first substantial work of modern journalism, the first detailed account of a hurricane in Britain.. It relates the events of a week-long storm that hit London starting on 24 November and reaching its height on the night of 26/27 November 1703."
Wikipedia

"For Defoe, bankrupt and just released from prison for seditious writings, the storm struck during one of his bleakest moments."

"Defoe always liked to introduce the sound of multiple voices on the page, just as he liked to introduce the complexity of multiple points of view, and one of the technical distinctions of The Storm is the way in which these effects are used to suggest the crowded simultaneity of the events it describes. As Paula R. Backsheider has pointed out, 'The Storm has sections that show simultaneous events vertically and horizontally; in one moment we may know events in a single house, in adjacent houses, in several parts of town, and in neighboring towns. The book locates events so closely together that the sequence seems to be a single event, each discrete part so integral to the whole that it is indistinguishable from the whole except in memory.'*
...the action of The Storm is concentrated...into a single night of destruction and its aftermath. This is what gives the book such a powerful sense of immediacy and crisis, and, as the picture of a shared catastrophe unfolds before us, Defoe has us listen not only to the sounds of the high wind rising but also to the voices of the eyewitnesses, who clamour for a chance to add their stories and words to the account." 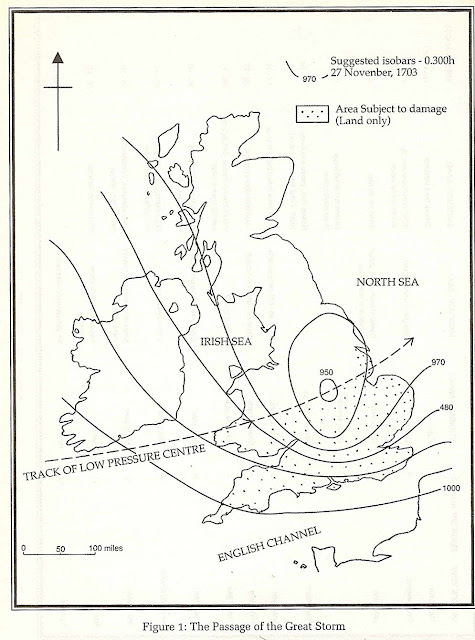 Known as the Great Storm of 1703, and described by [Daniel] Defoe as "The Greatest, the Longest in Duration, the widest in Extent, of all the Tempests and Storms that History gives any Account of since the Beginning of Time."

The GREAT STORM coincided with an increase in English journalism and was the first weather event to be a news story on a national scale. Special issue broadsheets were produced detailing damage to property and stories of people who had been killed.
Wikipedia

The Great Storm of 1703 was a destructive extratropical cyclone that struck central and southern England on 26 November (7 December in today’s calendar), 1703. High winds caused 2,000 chimney stacks to collapse in London, and winds damaged New Forest, which lost 4,000 oaks. Ships were blown hundreds of miles off-course, and over 1,000 seamen died on the Goodwin Sands alone. News bulletins of casualties and damage were sold all over England – a novelty at that time. The Church of England declared that the storm was God’s vengeance for the sins of the nation. Daniel Defoe thought it was a divine punishment for poor performance against Catholic armies in the War of the Spanish Succession.
Wikipedia

A Sailor's Table of Degrees 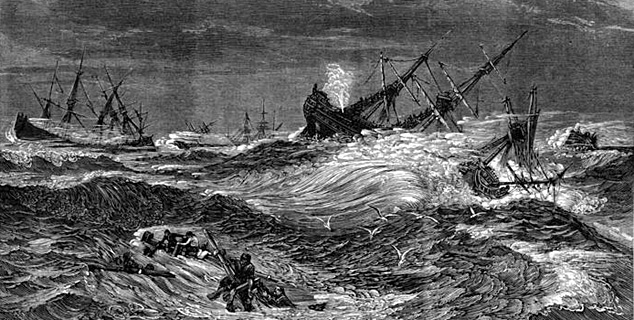 'Great storm in the Downs' by Frederick Whymper

In Solitude This Fear is Lived 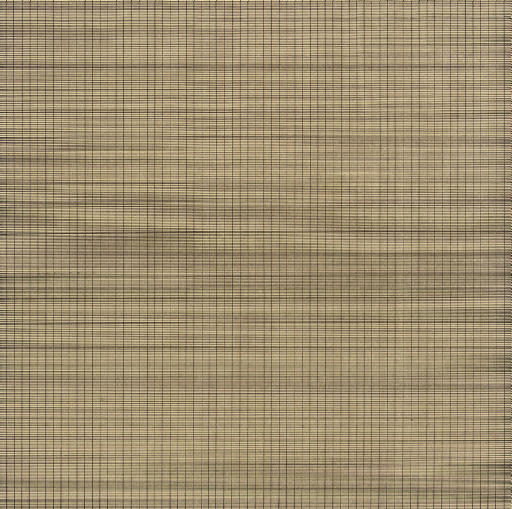 "If you could live with only one piece of art, what would it be?
Agnes Martin’s minimalist works from the early to mid-1960s. I have a beautiful, well-worn and well-used catalogue from her exhibition ‘KUNSTRAUM München, 20. November – 22. Dezember 1973’ that I look at often. It sits on a shelf in my studio along with a number of art books that are important to me.
In 2011, I realized a long-held dream of composing an orches-tral work inspired by these drawings. For in solitude this fear is lived, I placed the musicians of the American Composers Orchestra around and in the audi-ence, immersing the spectators in the centre of the orchestra to create my ‘sound painting’, beginning with a wash of wind sounds (prepping the ‘canvas’), then creating the ‘drawing’ one note, one stroke, one sound gesture at a time until the living ‘painting’ was completed, breathing and soaring over the audience. It has been played only once. I would love to have it played again."
Frieze Questionnaire: Joan La Barbara (March 2016)